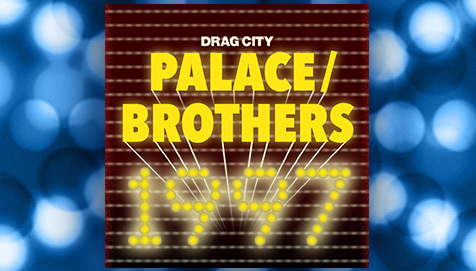 LOST BLUES AND OTHER SONGS

The 1990s were a time of transition in the music business; but then, what decade isn’t?  Vinyl was on its way out and compact discs were embraced by most buyers.  The 7” single already had a limited audience: a potential buyer needed to have access to a store that carried singles; the buyer had to have a functioning record player; the buyer needed the energy and dedication required to perform the act of putting a single onto her... END_OF_DOCUMENT_TOKEN_TO_BE_REPLACED

Artists in this story: Will Oldham 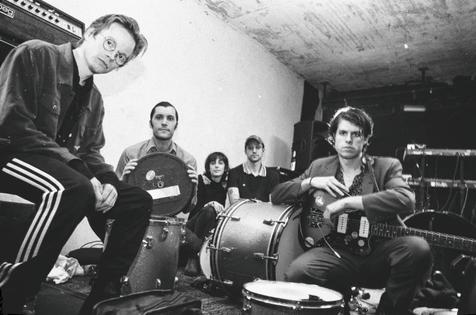 Oooh-ooh that smell, can't you smell that smell? The smell of Wand surrounds you! Yes - "Perfume" is on the wind, and time is inching closer and closer to the much-anticipated May 25th EP drop, but how about another snoot-ful to carry you through until then? A bit of "Pure Romance," perhaps, with chimes of guitars, crisp and fresh melodies and a core-shattering thump that takes hold with an iron grip, drawing you tight into a dangerous liaison of pop and rock, as both long... END_OF_DOCUMENT_TOKEN_TO_BE_REPLACED 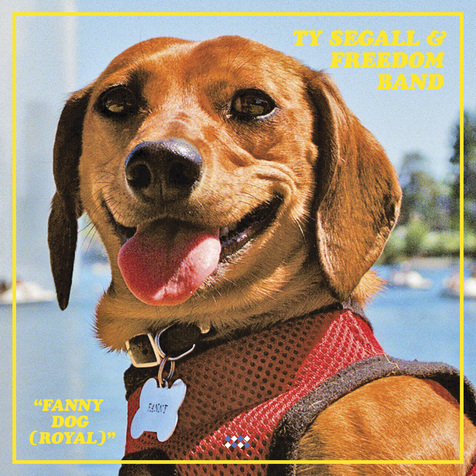 Freedom's Goblin is FREE! And honkin' down the highway as we speak. With axes, electric keys, vocal cords and full batterie, natch (plus saxophone), Ty Segall and the gang on the Freedom's Goblin World Freedom Tour (with the Europe legs kicking in late May) are lifting up our people one city at a time, with music played in exchange for a slice of OUR LIVES (and a measly few bux)! What better a time for a new single! It's a different take on the album-opener... END_OF_DOCUMENT_TOKEN_TO_BE_REPLACED 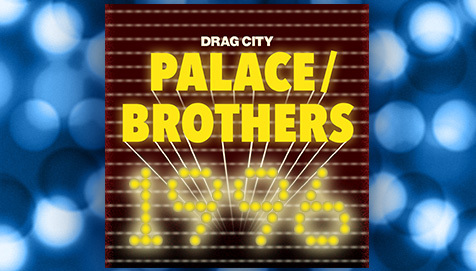 John Peel, you may know, was a brilliant music curator under the employ of the BBC for many many years.  As part of his duties, he commissioned recording sessions from musicians traveling through London.  On the first Palace Brothers trip through the UK and Europe, they were invited by Peel to record four songs at he BBC’s Maida Vale studios to be broadcast later on Peel’s show.  In 1996, Drag City released two of these four songs on a 7”... END_OF_DOCUMENT_TOKEN_TO_BE_REPLACED 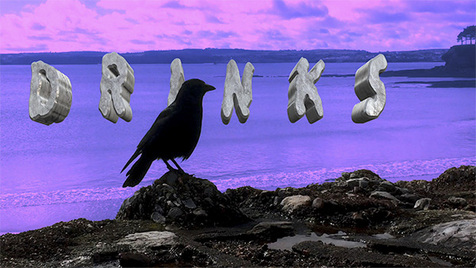 The more we look it over, the new video fromDrinksconfirms our suspicion that that Cate Le Bon and Tim Presley are two extremely everyday people - it's just the world around them that's insane! Even mundane images of them standing idly about seem to wash through a technicolor prism in this video, mixed with what appear to be home movie-type shots from a tropical vacation. In this context, whether regarding groups of dancing teenagers, bathing adults or penguins milling on a beach, it... END_OF_DOCUMENT_TOKEN_TO_BE_REPLACED 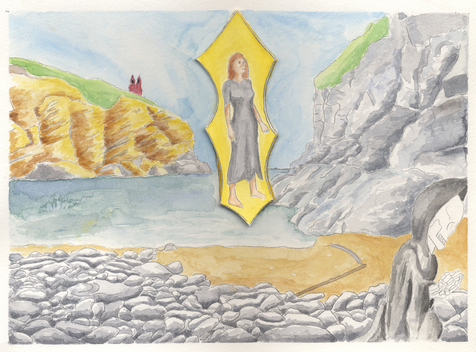 WILD IS THE WILL

During the making of the Wolf of The Cosmos record, Will Oldham was immersed in Susanna's music.  Brian Strumke of Stillwater Artisanal Ales asked Oldham if he was down for another collaboration (the previous one got Bonny and Louisville jammers Watter together for a demonic dirge "The Devil is People").  They started talking Norway, and fortitude, and mysticism; then they retreated to their respective corners to roll up their sleeves and do their own dirty worx.  Oldham found Susanna's original for "Wild is the... END_OF_DOCUMENT_TOKEN_TO_BE_REPLACED 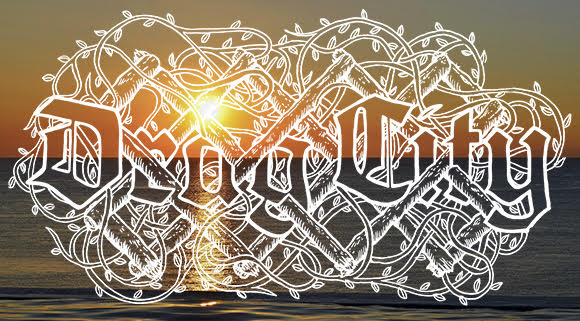 Turn the page....and here we are. Wake up, it's today! Sure, it's not the way today used to be - that's called science, folks, and it can explain a lot to us, if we only listen (and more crucially, comprehend)! But what are you gonna do - some equations won't make sense no matter how long we study them. So if you feel in the grip of something you don't understand, that may just be the first step into... END_OF_DOCUMENT_TOKEN_TO_BE_REPLACED

The wild spirit of Faun Fables has returned, raising the young in the light of each new day and playing around the fire to welcome back the spirits at night! Out of the glittering forests of the soul dashes Dawn the Faun, (born of the sun, the earth and air), alongside partner Nils Frykdahl and their brood of wide-eyed youngins. It's a family affair this summer with the band hopping from city to city with kids in tow at dates with Cheer-Accident and Free... END_OF_DOCUMENT_TOKEN_TO_BE_REPLACED 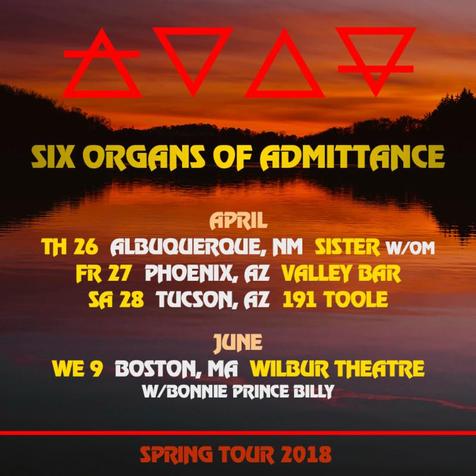 Six Organs of Admittance is digging a tunnel to the surface and headed towards the light, beaming directly in the deserts of the Southwest! OM is on board for Albuquerque, uncovering visions of ancient royalty in the Advaitic grooves--this mortal plane better be big enough for the both of them! Ben Chasny's acoustic projections of dreamy, hypnotic melodies and psychedelic feedback blend seamlessly with OM's droning, heady rhythms.

With Hexadic accents pulsating in the rearview mirror, 6OA is more experimental than ever, with... END_OF_DOCUMENT_TOKEN_TO_BE_REPLACED

Artists in this story: Six Organs of Admittance, OM 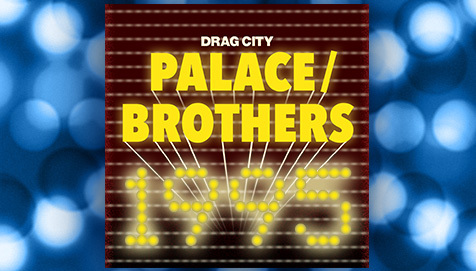 The “Palace Brothers” were invited to open the 2nd stage of the Lollapalooza tour for a couple of weeks in the summer of 1994.  At the end of that run a recording session was booked at producer Kramer’s home studio in New Jersey.  The band was Will Oldham, Aram Stith (guitar), Jason Stith (bass) and Jack Carneal (drums) and Ned Oldham (guitar).  The Trux had done their “Back to School” 7” with Kramer, and it... END_OF_DOCUMENT_TOKEN_TO_BE_REPLACED

Artists in this story: Will Oldham, The Broadcast Choir, E/OR