Wand are constantly on the move - if not writing or recording, they're on tour in some country on some continent, heating up and burning down venues with their scorched-torch songs and inventive and propulsive take on rock. Earlier this year was the release of "Perfume" and a tour of the USA; come November, they head to Europe. In the meantime, they make stops at some of the finest radio stations that will host them, like they did last month at KEXP in Seattle. That... END_OF_DOCUMENT_TOKEN_TO_BE_REPLACED 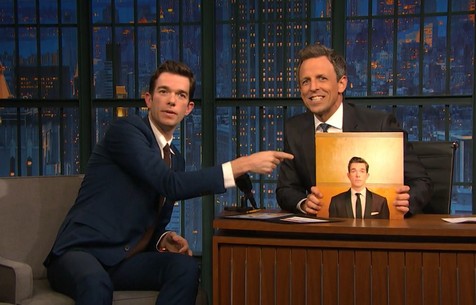 In case you weren't resting comfortably at home last night, gazing blissfully into your television screen and tuned in to late night programming, we're here to tell ya with corroborating evidence - this John Mulaney fellow is quite the laugh-inducing character! Making a record ninth appearance on Late Night with Seth Meyers last evening, John Mulaney sat down with his former SNL cohort to talk burglars, first dates, award shows, and winning an Emmy for his 'flix special, Kid Gorgeous at Radio City. Yep,... END_OF_DOCUMENT_TOKEN_TO_BE_REPLACED 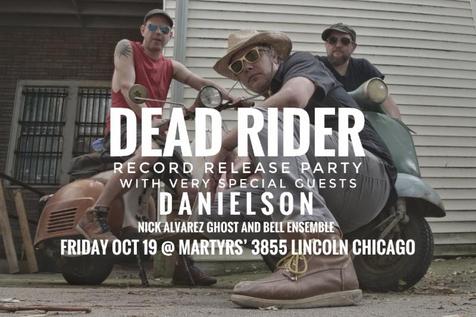 Dead Rider Trio Featuring Mr. Paul Williams is a delightful smear of unlikely moments viewed in shadowy relief through a blood-stained lens. As the Dead Rider Trio crunk out the jams, Mr. Paul Williams opens his notebook and rants along, with well-trippy acid-tongued affect, producing a record unlike any other - even more so than previous Dead Rider records! This time, their caustic, blues-bent, beat-skipping rock is a canvas for Todd Rittmann to let full-loose with his six-string skills, going off like a hell-bent Roy... END_OF_DOCUMENT_TOKEN_TO_BE_REPLACED