GOING TO THE MATT, PASS THE MIKE 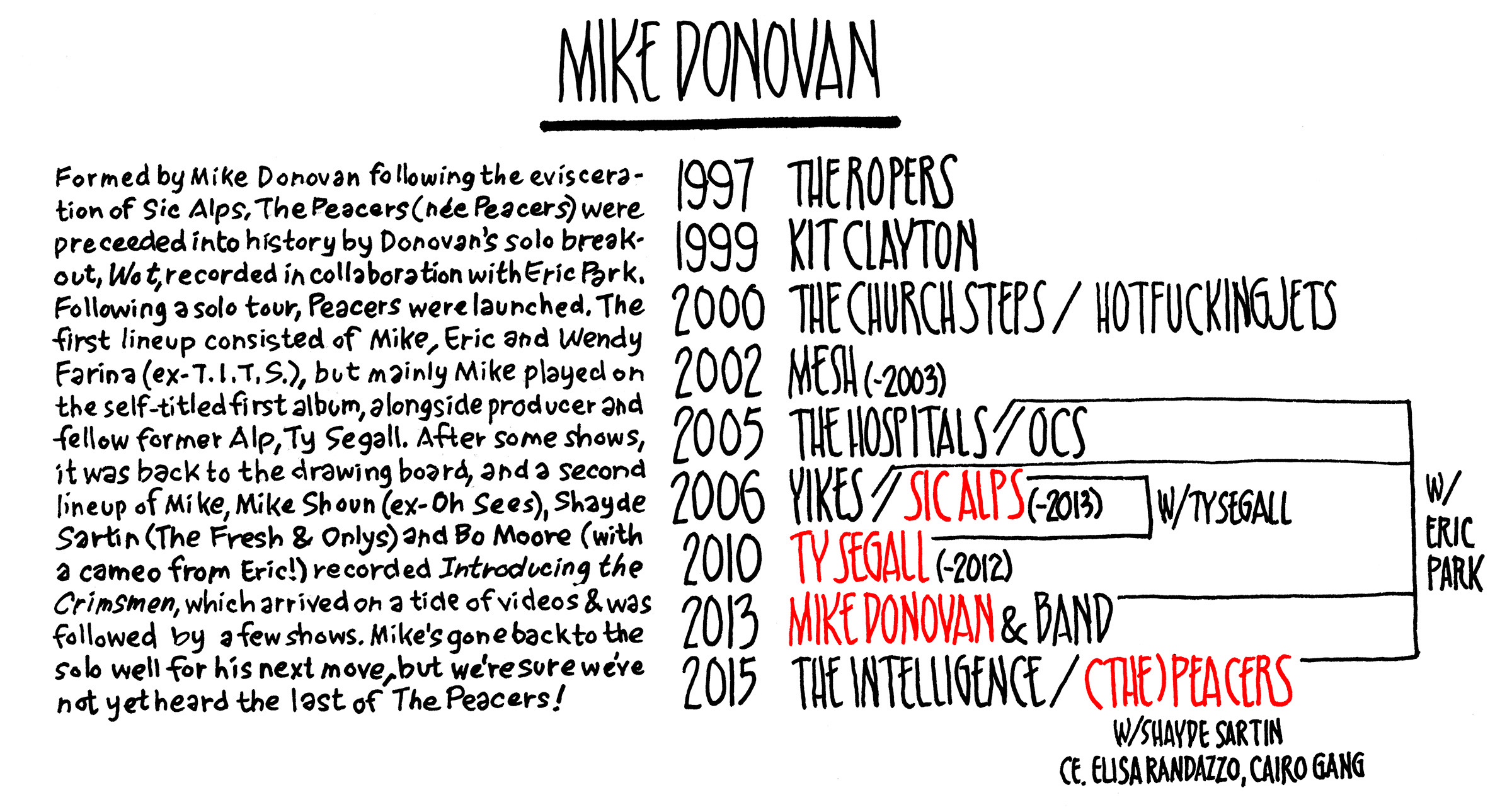 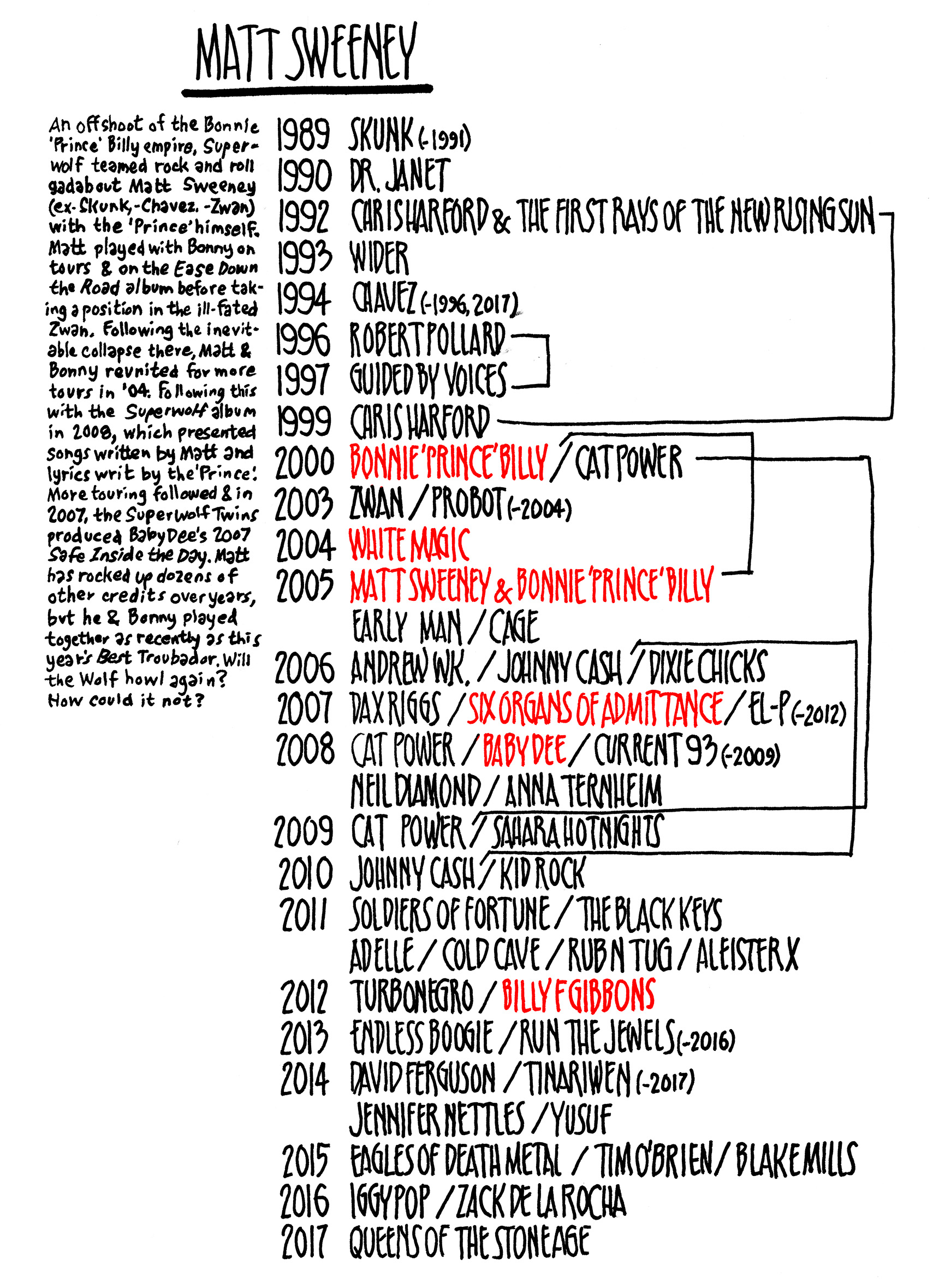 People! There's something you need to know about who's on Drag City and who isn't not. Pursuant to our DC Family Tree of 2016, and a couple errors of omission, here are the expanded CVs on two more of our heroes that we felt we didn't give their propers on the tree.... If you didn't get our 2016 xmas family tree card don't fret -- these work great on their own! Mike "Sic Alps/Peacers" Donovan... END_OF_DOCUMENT_TOKEN_TO_BE_REPLACED 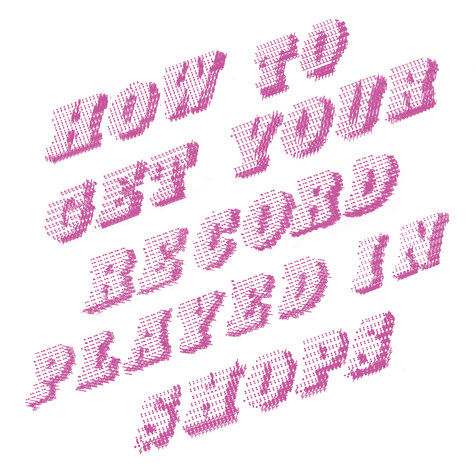 GET YOUR RECORD PLAYED IN SHOPS WITH THIS ONE EASY TRICK!

Peacers/Sic Alps lead singer Mike Donovan steps out from behind the ash-stained curtain for his second solo album in the past five years: How to Get Your Record Played In Shops.

The Donovan ouvre is not something you're meant to think about - instead, enjoy the soupy soak, sliding beneath its opaque and filmy surface to discover the sensual world in the moat below. Four Sic Alps, two Peacers and two Mike Donovan albums along the line, Mike is still jiving... END_OF_DOCUMENT_TOKEN_TO_BE_REPLACED 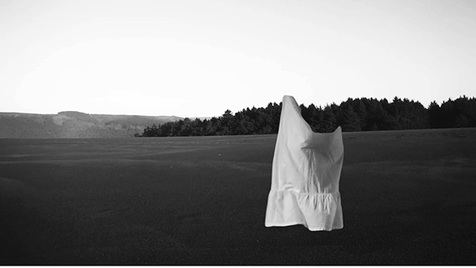 SEE THINGS AS THEY ARE WITH SIX ORGANS

Burn the threshold of light, burn the threshold of time! Anytime is a good time to release a Six Organs of Admittance video, album release cycles be damned! Burning the Threshold brings a wealth of Six Organs-styled lightness into one of his sweetest musical meditations yet and that should be reminded every day.

The residual grace and allure radiates out from the video for "Things As They Are," a song examining the life of poet Wallace Stevens. In 2017, Ben composted music for... END_OF_DOCUMENT_TOKEN_TO_BE_REPLACED 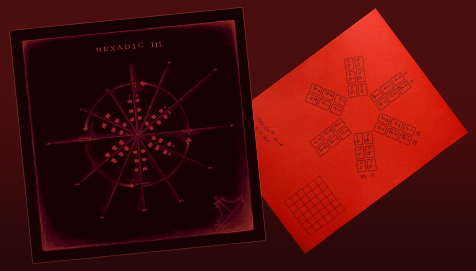 Ben Chasny's Hexadic System has been put to great use on two Six Organs records already, but this third installment, Hexadic III, is a whole different beast! See, it's a compilation record, featuring music from a ton of AMAZING musicians, none of whom are named Ben Chasny! Instead, we've got fresh Hexadic sounds from Moon Duo, Jenks Miller, Meg Baird & Charlie Saufley, Tashi Dorji, Richard Youngs, Stephen O'Malley-Tim Wyskida-Marc Urselli, and Phil Legard, each putting... END_OF_DOCUMENT_TOKEN_TO_BE_REPLACED 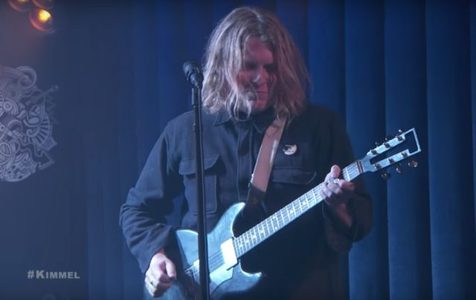 Freedom’s Goblin isn't only a week old yet it's crawling through homes the world over! Since, it's been three back-to-back, totally FREAKING sold out shows at the Teragram Ballroom in LA for Ty Segall, and last night, the dude made his Jimmy Kimmel Live on ABC! With the freaky and funky Freedom Band – Mikal Cronin, Charles Moothart, Emmett Kelly, and Ben Boye-- along for the ride, Ty let the sketchiness out of the bag with performances of "Every1's A... END_OF_DOCUMENT_TOKEN_TO_BE_REPLACED