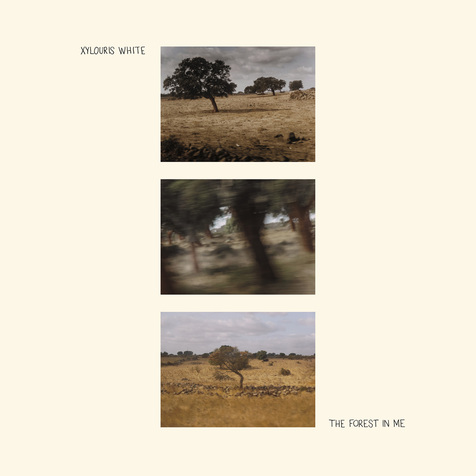 More in tune now with the rhythm of the sun and moon, Xylouris White (Dirty Jim White and George Xylouris) speak to each other across great distances with the intuition and fellowship that can only be found over years in each other’s company. With fewer distractions, appreciative of the freedom to play with new sounds and spaces, they carve The Forest In Me from unbelievably thin air.

Once you set the needle down on the record and hear for yourself, the... END_OF_DOCUMENT_TOKEN_TO_BE_REPLACED 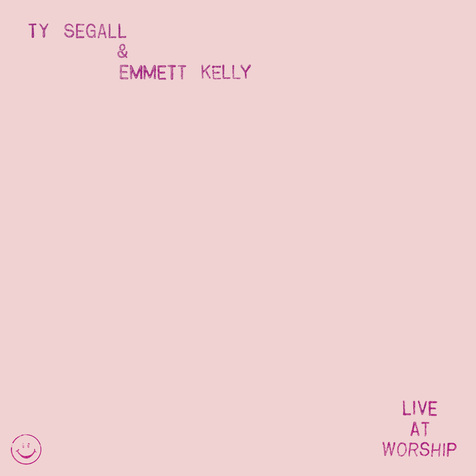 YOUR RIGHT TO WORSHIP

It seems awhile ago, but it wasn’t – not in days and months...or whatever time is. But in terms of phases – we’ve been in and out of all kinds of bags since last summer, right? There’s "us" before we heard the rest that 2022 had to offer, and then there’s us today. And coming on seven months later, fresh as it still is, “Hello, Hi” is disappearing in the rearview, like everything else that’s going down the road. 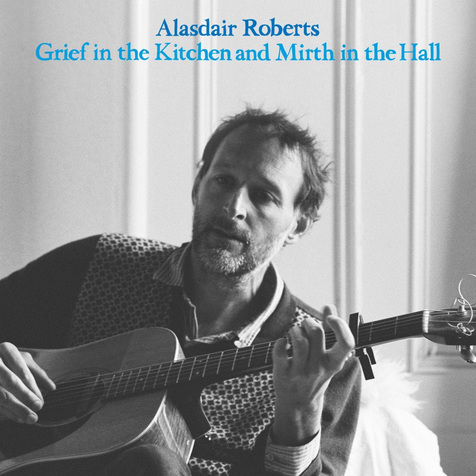 Critically-acclaimed, criminally-overachieving Glasgow-based singer and guitarist Alasdair Roberts is known as a superlative original songwriter as well as an interpreter of traditional songs from Scotland and beyond. For the past twenty years, his recordings have alternated between these two complimentary poles, with ‘pop’ records such as The Amber Gatherers and A Wonder Working Stone nestling in his expansive back catalogue alongside “folk” albums such as No Earthly Man and What News (with Amble Skuse and David McGuinness). Alasdair's records possess a further dimension in their collation... END_OF_DOCUMENT_TOKEN_TO_BE_REPLACED 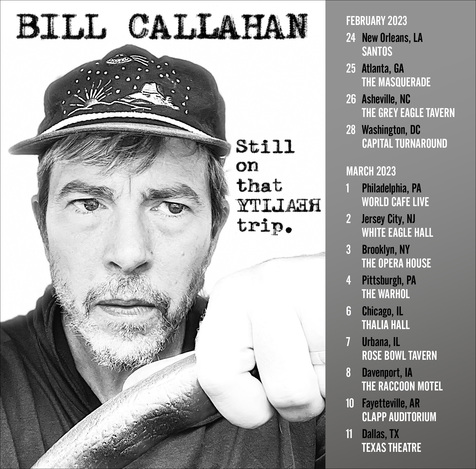 YTI⅃AƎЯ is what you make it! And thus far, we've made it in CD and cassette forms, while offering it as a D/L, stream and what have ye online. With the 2xLP vinyl version set for release at the end of February, Bill Callahan's taking the show on the once road again, for three weeks of shows around the American East, Southeast and Midwest in late February and early March.

Pitting dreams of songs against performances of those songs in live reality, Bill... END_OF_DOCUMENT_TOKEN_TO_BE_REPLACED 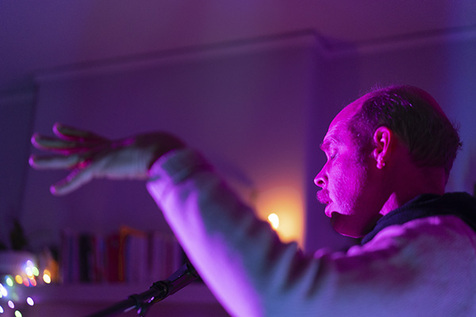 ON THE ROAD WITH BONNY

A new year means a fresh new start and a refreshingly new chance to catch Bonnie 'Prince' Billy live in action! This May, the "Prince" tackles cities major and places minor dotted across the pacific northwest and Canada. Rolling into summer, as the days get hotter in July, the state of Colorado gets a full-on Bonny tour of its own. Whether you're a local resident or a known traveler on the BPB train, performances amidst the Rocky Mountains sure sounds highly engaging, doesn't it? You're welcome for the early warning! 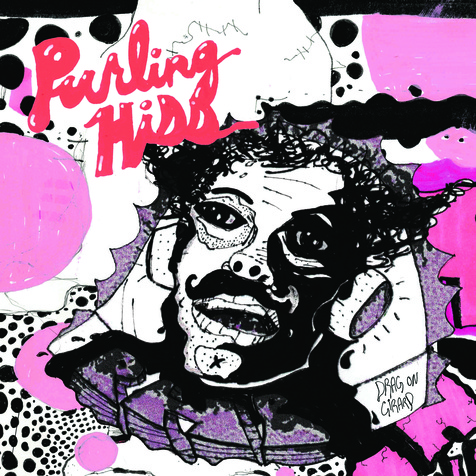 It’s 2023, and even the turn of this new century seems a long time ago now — but oddly, Purling Hiss’s guitar-band ethos feels ever more timeless, even as time accelerates and passes us and them (and decades of the mighty rock and roll) in the outside lane. Drag On Girard, the first full length Purling Hiss album in six years, cruises through diverse states of mind and places in time — dreams from the past and the future, careening lawlessly as they slide around... END_OF_DOCUMENT_TOKEN_TO_BE_REPLACED 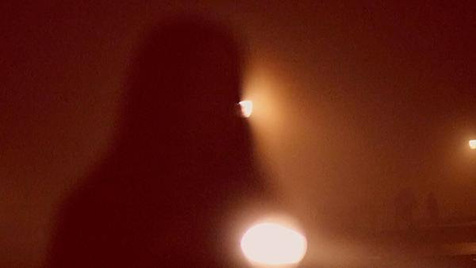 Meg Baird’sforthcoming album unfurls with a perennial bloom, grappling with stark existential unknowns and the mysteries that hide in nature and humanity at their most ordinary. Furling (out 1/27) resonates with its gradually unfolding themes and variations of sounds, building out a world all its own. 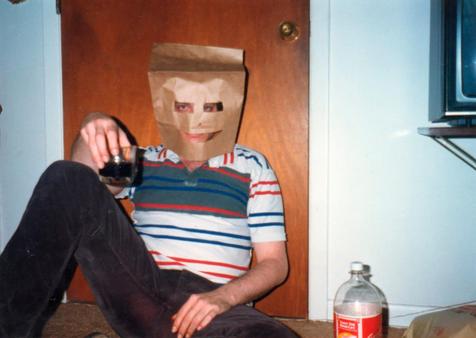 The Future is (almost) here! A recently unearthed collection of cult sensation J.T. IV’s music turned up nineteen (!) unheard tracks, providing the majority of his forthcoming double album, The Future.

J.T. IV’s outsider rock was equal parts light and darkness, a lightning bolt schizo-splitting a raw power punk rocker and an earnest, hope-filled acoustic rocker from the same troubled body. Unable to function in the straight world, John got fucked up and jammed his tunes with friends, taping the music and... END_OF_DOCUMENT_TOKEN_TO_BE_REPLACED 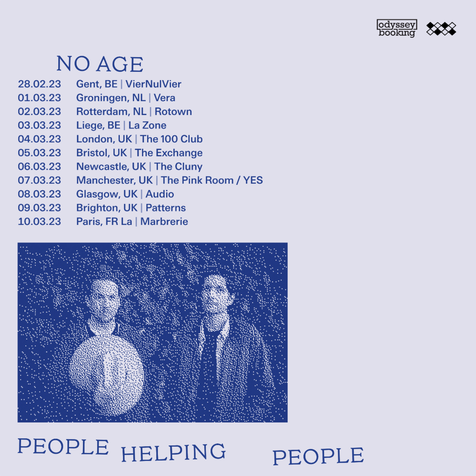 NO AGE IN THE (N)EU YEAR

It's time for No Age to bring their philanthropic efforts to the UK + Europe!

Dean and Randy are prepared to help those with an abiding need for No Age, armed with a slew of dates where they'll be performing in the wake of their latest album, People Helping People, which dropped September 2022.

The new age of No Age has begun again! Plan accordingly with the dates below. 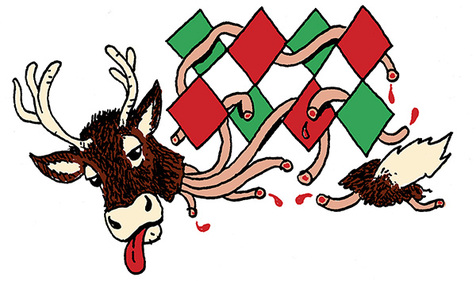 Last minute gift time? What other time is there? So here’s a quick list of suggestions n blah blah blah!

That’s a good theme for the year, right – any year, every year? But one that feels more than ever like the KEY. And it was those lads from No Age that brought it to our attention by titling their new one exactly that. “People helping people” isn’t as simple a concept as we all expect it... END_OF_DOCUMENT_TOKEN_TO_BE_REPLACED